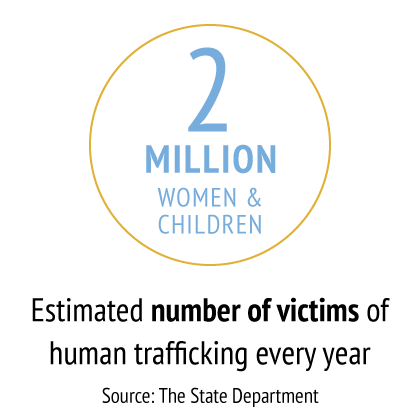 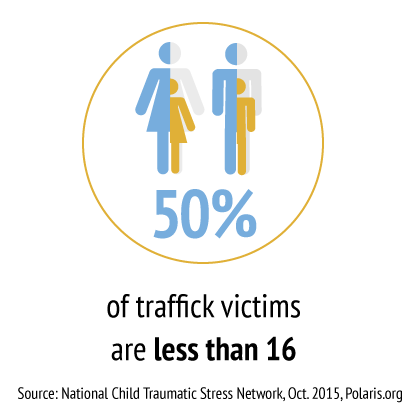 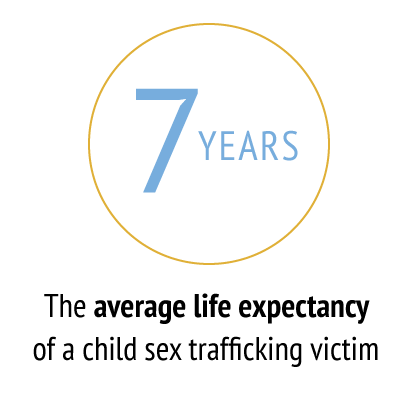 Sex trafficking is a form of modern slavery that exists throughout the United States and globally.

Sex traffickers use violence, threats, lies, debt bondage, and coercion to compel adults and children to engage in sex acts against their will. Under U.S. federal law, any minor under 18 induced into commercial sex is a victim of sex trafficking—regardless if the trafficker used force, fraud or coercion.

The situations that sex trafficking victims face vary dramatically:
• Many victims become romantically involved with someone who then forces or manipulates them into prostitution.
• Others are lured in with false promises of a job, such as modeling or dancing.
• Some are forced to sell sex by their parents or other family members.

Victims may be trafficked for a few days or weeks, or may remain in the same trafficking situation for years. Victims of sex trafficking can be U.S. citizens, foreign nationals, women, men, children, and LGBTQ individuals. Vulnerable populations are frequently targeted by traffickers, including runaway and homeless youth, victims of domestic violence, sexual assault, war, or social discrimination.

Human trafficking is one of the fastest growing crimes in the world, second only to drug trafficking.

There are more slaves today than any other time in human history. The State Department estimates 2 million women and children are victims of human trafficking every year. It’s a business that generates an estimated $150 billion every year. The average life expectancy of a child sex trafficking victim is seven years. 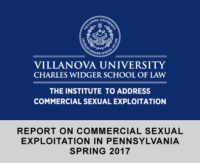 The Villanova Institute to Address Commercial Sexual Exploitation – To educate and provide technical assistance to those who respond to commercial sexual exploitation in Pennsylvania, the United States and beyond, promoting victim-centered, trauma-informed multidisciplinary collaboration.
https://cseinstitute.org/ 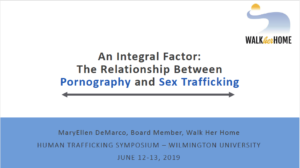 An Integral Factor: The Relationship Between Pornography and Sex Trafficking

Airline Ambassadors International (AAI) – The 501(c)3 non-profit organization that leverages partnerships with the airline industry to help vulnerable children. Comprised of airline employees and others who “travel to make a difference”. AAI provides medical escorts, humanitarian aid to communities around the world and is a leading advocate for awareness of human trafficking prevention in the aviation industry.
https://airlineamb.org/

Polaris – Polaris is a leader in the global fight to eradicate modern slavery. Named after the North Star that guided slaves to freedom in the U.S., Polaris systemically disrupts the human trafficking networks that rob human beings of their lives and their freedom. Their comprehensive model puts victims at the center of what we do – helping survivors restore their freedom, preventing more victims, and leveraging data and technology to pursue traffickers wherever they operate.
https://polarisproject.org/

IJM (International Justice Mission) – A global organization that protects the poor from violence in the developing world. Highlighted as one of 10 non-profits “making a difference” by U.S. News and World Report, IJM’s effective model has been recognized by the U.S. State Department, the World Economic Forum and leaders around the globe, as well as featured by Forbes, Foreign Affairs, The Guardian, The New York Times, The Phnom Penh Post, The Times of India, National Public Radio and CNN, among many other outlets.
https://www.ijm.org/

A21 – A non-profit organization who believes that they can end human trafficking together.
http://www.a21.org/

The National Center for Missing and Exploited Children – 1-800-THE-LOST = 24-Hour Hotline. A non-profit 501(c)(3) corporation whose mission is to help find missing children, reduce child sexual exploitation, and prevent child victimization. Since 1984, NCMEC has served as the national clearinghouse and resource center for families, victims, private organizations, law enforcement and the public on issues relating to missing and sexually exploited children.
http://www.missingkids.org/home

MCATPA – Mission is to educate professionals and society alike on human trafficking and sexual exploitation in our county to increase awareness and foster prevention.
http://mcatpa.org/

I am Jane Doe – Chronicles the epic battle that several American mothers are waging on behalf of their middle-school daughters, victims of sex trafficking on Backpage.com, the classified advertising website that for years was part of the iconic Village Voice. Reminiscent of Erin Brockovich and Karen Silkwood, these mothers have stood up on behalf of thousands of other mothers, fighting back and refusing to take no for an answer.
http://www.iamjanedoefilm.com